I’m all for adopting other countries’ traditions, especially when they involve books. The most well-known of these is probably the Icelandic Jólabókaflóð (Yule book flood), where Icelanders give each other books on Christmas Eve and then spend the night reading. This is a tradition I fully intend to adopt in the future, maybe with some snazzy new pyjamas?

Anyway, the tradition I’m adopting this weekend is Påskekrim (literally, Easter crime). It’s a Norwegian tradition started in 1923 by Nordahl Grieg and Nils Lie. The winter was proving particularly long and never-ending, and the two men were bored. That year, Easter Sunday fell on April 1st (like this year, in fact). They decided to alleviate their boredom by writing a book, a crime novel to be specific. The title of this book? The Bergen train was robbed in the night (or originally, Bergenstoget plyndret inat).

It was the marketing of this book that was the master stroke. They placed an ad on the front page of the national newspaper Aftenposten, right where a headline would go:

This convinced thousands that the Bergen train really had been robbed, and firmly established its place as the most popular Easter book in Norwegian history (although I’m not sure how many Easter books exist in Norwegian culture…). It kickstarted a tradition of Påskekrim where Norwegians would head away to their cabins (or hytte) and escape for the weekend with a crime novel.

Now, I’m a fairly big fan of crime fiction (the more ingenious, the better), and I’ve got a few novels on my list to read this weekend.

As fireworks explode overhead, Evelyn Hardcastle, the young and beautiful daughter of the house, is killed.
But Evelyn will not die just once. Until Aiden – one of the guests summoned to Blackheath for the party – can solve her murder, the day will repeat itself, over and over again. Every time ending with the fateful pistol shot. The only way to break this cycle is to identify the killer. But each time the day begins again, Aiden wakes in the body of a different guest. And someone is determined to prevent him ever escaping Blackheath…

This sounds so clever and so exciting, I can’t wait to read it. It’s currently on my ‘To Read’ pile, just waiting for me to pick it up.

The Seven Deaths of Evelyn Hardcastle by Stuart Turton is published by Raven Books. 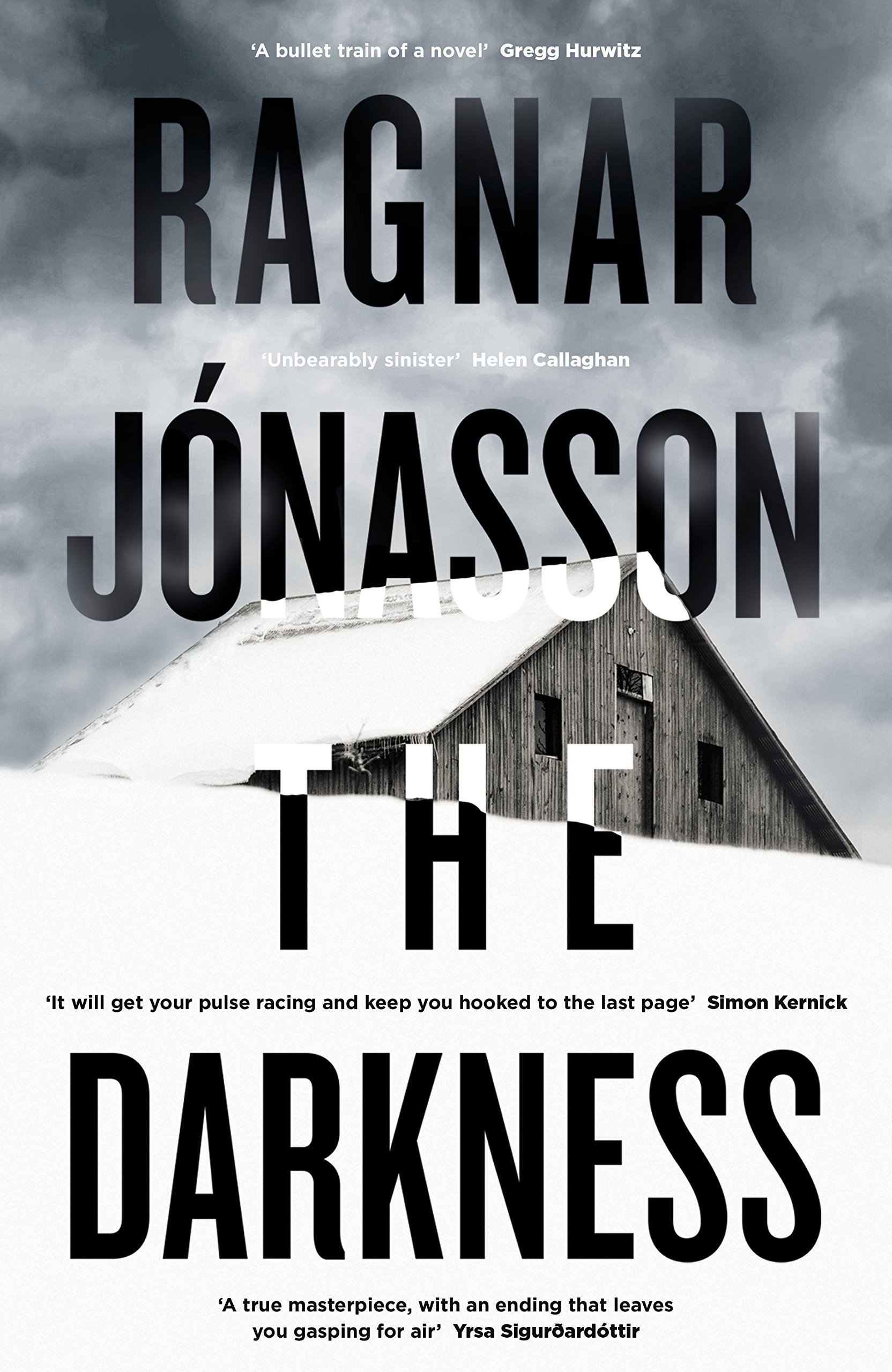 I can’t have a post about Scandinavian crime fiction without some Scandi-krim!

When Detective Inspector Hulda Hermannsdóttir of the Reykjavik police is forced into early retirement, she is told she can investigate one last cold case of her choice – and she knows which one. What she discovers is far darker than suicide . . . And no one is telling Hulda the whole story. When her own colleagues try to put the brakes on her investigation, Hulda has just days to discover the truth. A truth she will risk her own life to find.

I do love a good Icelandic crime novel, and this is the start of a new series to boot.

The Darkness by Ragnar Jónasson is published by Michael Joseph. 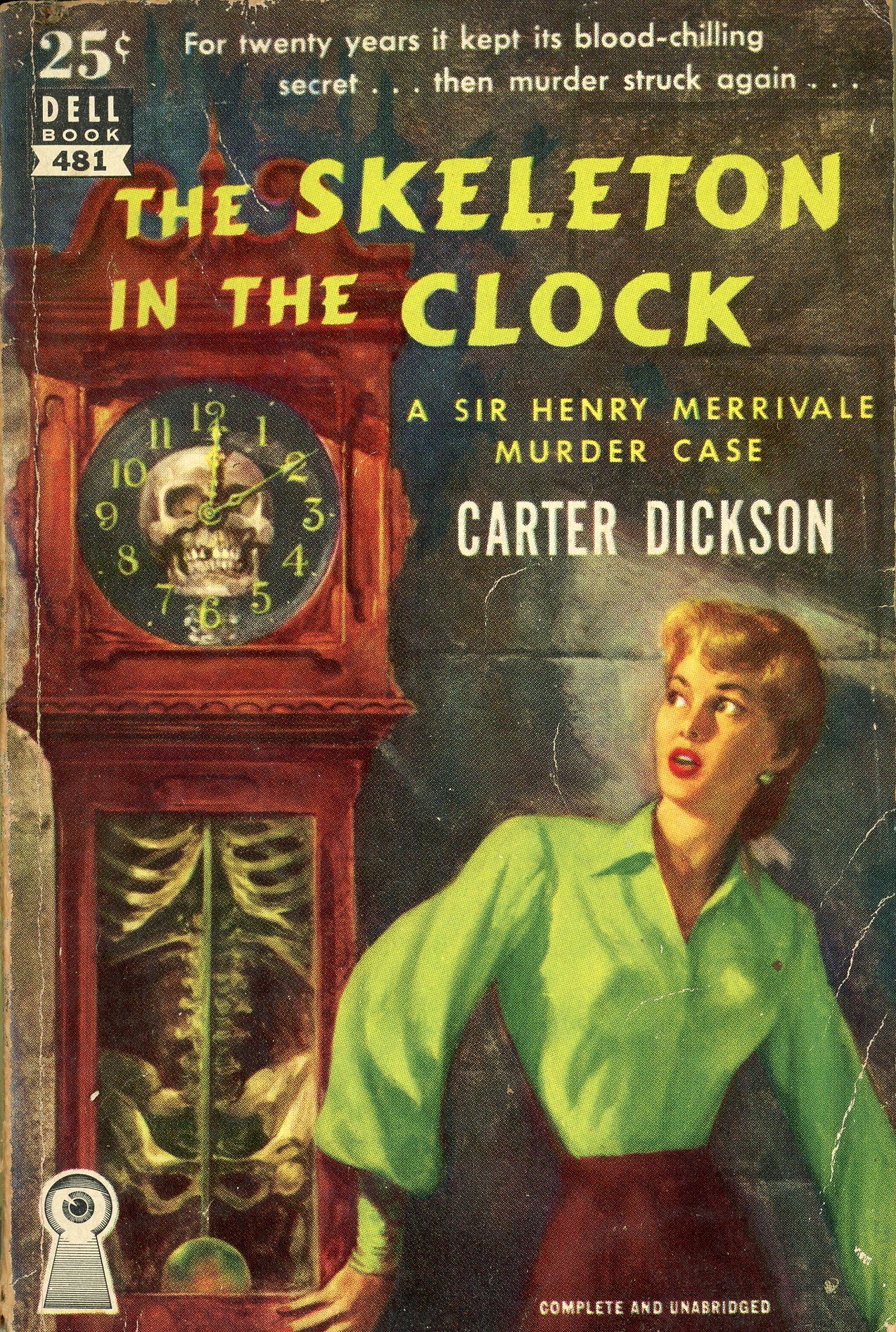 And finally, a classic to round us off. I first read The Skeleton in the Clock years ago, when I was a bright-eyed undergraduate, and it remains one of the best crime novels I’ve ever read.

Was Sir George Fleet’s death really an accident? What does Arthur Puckston really know? And who killed Arthur’s daughter, Enid? A series of unexplained happenings in what seems to be a haunted prison cause Sir Henry Merrivale, detective and explainer of the impossible, to get involved.

It’s not in print anymore, but a scout around eBay or Abebooks might locate you a copy. I can’t recommend it enough!

So there you go. Let me know what you’re reading this weekend. I’m not sure which of these to crack on with first!

I am indebted to Amazon’s blurbs for Turton and Jónasson novels. Also, thanks to the Spectator for their summary of the origins of Påskekrim.

One thought on “My Top 3 Påskekrim Reads”