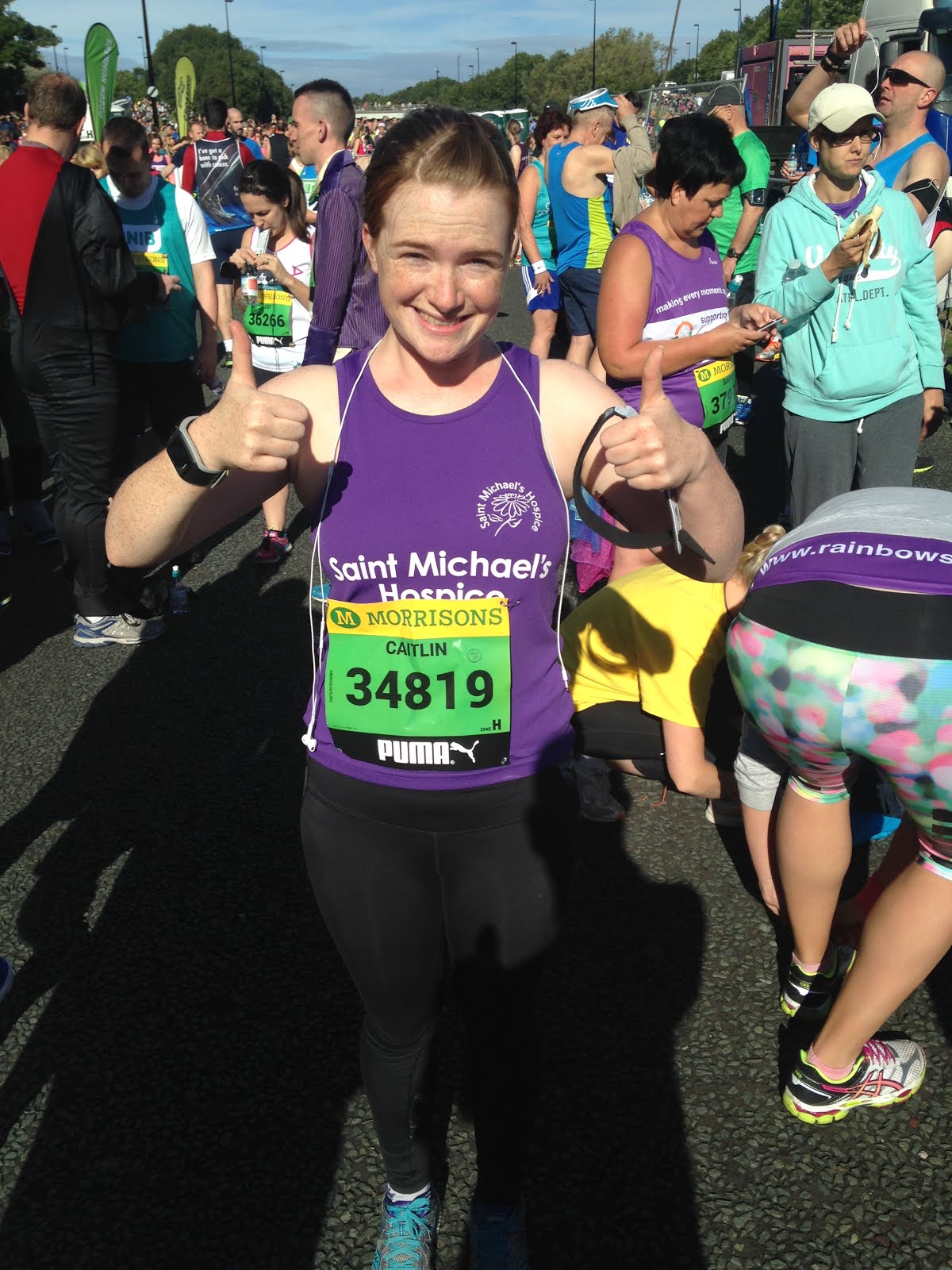 It’s been a while.

It wasn’t that I didn’t have anything to say, more that I ran out of the words in which to say it. So I have been busy, I just haven’t been busy online.

Great North Run
Well, I did it.

But I finished, I got the t-shirt, I put Sudocrem on my sunburnt and chafed skin, my toenails fell off, but it hasn’t put me off running forever. We’re doing the Edinburgh Half at the end of May, in fact. 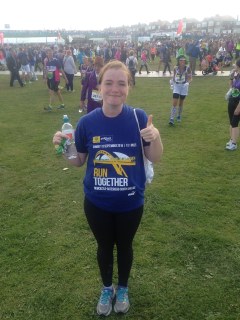 I’m back training now and it’s not too bad. I’m trying to go as slow as I can without getting really bored, to save me from injury and complete lack of running enthusiasm. I’m also running without music or any kind of audio distraction which is alright so far. It helps that I have a Master’s dissertation to plan and write; that takes a lot of thinking time up.
Turkey
About a week or two after the GNR, we trotted off to Turkey for two weeks backpacking.

It was lovely. We ate lots, read lots, drank buckets of tea, saw ruins, and didn’t fight once. That last one I’m particularly proud of. Even when we tried to get a bus north on the day after Eid and found they were all full, even when we booked an Airbnb place that turned out to be a scam and meant we were scrambling for a hotel room at midnight on a Thursday in an unfamiliar city in an unfamiliar country, even when I made Andy go back to the same market stall two days running in a length so I could barter for a necklace (which I got and which is beautiful), we didn’t fight. And we saw Ephesus. 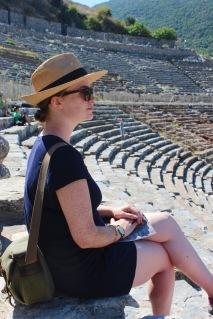 We flew into Dalaman in the South, stayed in Dalyan for a few days then got a coach and 3 minibuses north through Ortaca, Çine, Aydın and finally to Selçuk for Ephesus. Then we got the train to İzmir where we stopped for a few days- and got upgraded to the honeymoon suite in a rather bizarre hotel- before setting off for Istanbul via Bandırma and the Sea of Marmaris. It was stressful at times, but lovely.
Finishing my Master’s Degree
I am now in my final year of my Master’s degree. I’m so close that I can practically feel the mortar board on my head. There’s just a mere 25,000 words between me and that certificate.
I had a 5,000 word essay on Universalism that I had to write for January 6th and took forever to do. According to my diary, I started it on December 5th and handed it in on January 5th. Yes, I handed it in early. I’m still smug about that. A day early is still early, I might add.
During the time of writing, there was Christmas to enjoy (Andy’s first with my family, incidentally), and a horrible feverish grumbling cold to endure, which just wouldn’t go away. New Year’s Eve I spent working until 10pm when I switched off the laptop and had a Aldi Bailey’s while watching the Hootenanny. I know how to live.
Now I’m planning my dissertation which I can tell is going to take all the brain power I can muster over the coming months. It’s due at the beginning of September and when it’s done I will be free, free to be me. And do normal hours at work. And have my holiday back. And not read journal articles in the evenings.
I’m sure it’ll be worth it.
Moving house
There’s no easy way to say this, so I’m just going to come out and say it.
We bought a house. In possibly the busiest year of my life so far.
On the upside, we’ll have a garden for Andy to run around in, a shed for him to rootle around in, and a entire room in which I can line with books and be messy in without fear of retribution or recrimination. On the downside, we have to move house. I’m already packing up- I can see boxes and piles of stuff for clearing out from here- and I think it’ll be fine. Everything will be fine. I will be fine. The house will be fine.
So that’s where I’m at and that’s what’s been happening. Posts will probably be sporadic, as I simply don’t have enough words to go around, but I’ll try. I do write every day- I keep a diary and I have done since I was 9- but it tends to be things “oh my giddy aunt, why did I think a part-time Master’s was a good idea?!” and I doubt anyone wants to read things like that.
Cheerio,
Caitlin x