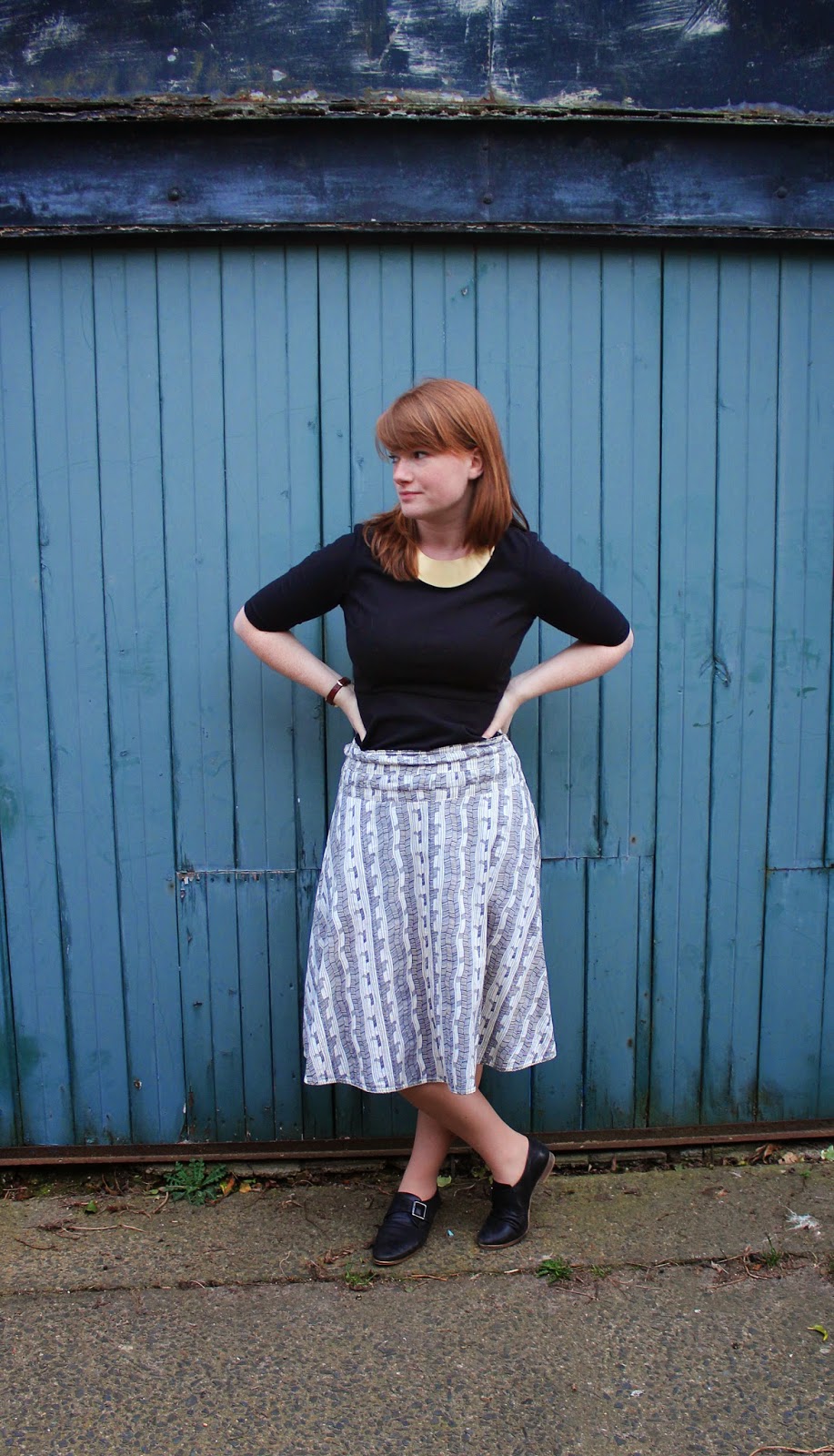 Anyway, I found something today that combines the two halves of my degree*: Pi Literature. Pilish.

Pilish is a way of writing English so the first word has 3 letters, the second 1 letter, the third 4 and so on. There is a man who has in fact written a novel in Pilish. It’s called Not A Wake: A Dream Embodying π’s Digits Fully For 10000 Decimals. Perhaps too much time on his hands. Mike Keith, for that his name, has invented a new form of poetry: The Piku.

It’s a moon,
A wheel revolving on golden earth, and lotus blossoms.
Mountains embrace windmills, and it all reflects this number, pi.


Isn’t that lovely?
I’m going to try and explain how it works.

I do like it though. Have a look at his website for more totally worthwhile numerical literature. He does some fancy stuff with the periodic tables, too. Be still my beating heart, eh?
Anyway, Dress. 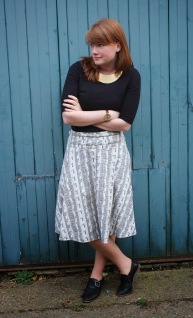 M thought I wasn’t wearing the Dress this morning, but it was cunningly disguised under a skirt and a jacket. I know, sartorial genius. 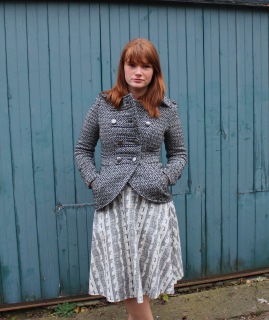 I’m terribly sorry about my grumpy face; it’s been a long week. I don’t smile easily on demand. M usually tells me jokes to get me to smile. This is a particular favourite:
Q:What’s a pirates favourite letter? (Answer at the bottom)
Anyway, the jacket is a favourite because it’s really warm and cost under £15. I tell you, people, buy winter coats in the summer!
The skirt is Reiss, via eBay. I can’t afford real Reiss. One day, but not today.
I’ve just searched for how much it’d cost new and this would’ve set me back £100+. I paid about a tenner. I feel a bit queasy now. I should really save it for special occasions. And I split my coffee on it. Oh god. I’ll go and take it off now.
We woke this morning to the news Tony Benn had died. I’ve lived my entire life in a post-Thatcher world, but it wasn’t always like this. Once there were politicians who stood up for what they believed in, who actually knew what they were fighting for, and that wasn’t popular opinion. I have a horrible feeling that the last of them died today.
This was posted on Facebook today:

I conclude that from the beginning of time, there have always been two flames burning in the human heart. The flame of anger against injustice, and the flame of hope you can build a better world – and my job is to go around fanning both flames

I thought it was appropriate. Something to live by.

I love clicking onto the JustGiving page and seeing how much we’ve raised (£274, if you hadn’t checked recently). People’s kindness and generosity never ceases to amaze me (in a good way.)

There’s still a bit to go, so if you could go to justgiving.com/caitlinsdress or text ODOM50 £3 to 70070, that’d be swell. And if you’d forgotten what all is for- I certainly haven’t- have a look at the Womankind website.

Just one more picture, because my legs are really oddly twisted and I didn’t notice I was doing it. 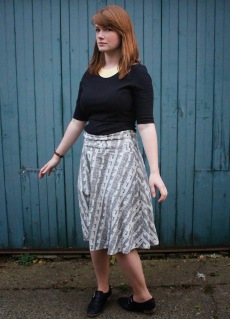 *my degree is Maths and English Lit. Yes, I know.
A: Arrrr you think, but it be the mighty C!
I may be chuckling a little as I write that. Alone, in my room. I’m such a catch.